What’s the Best Way to Get Rid of Warts?

Warts on feet can be extremely frustrating, distressing, and embarrassing.

Plus, if they happen to be located in a spot that has to handle a lot of pressure or friction, they can also be painful.

It goes without saying that most people with warts, more commonly known as plantar warts, would be very, very happy to see these pesky growths disappear for good as soon as possible.

But at the same time, if you’ve ever had to get warts treated or removed in the past, you might also be aware that getting rid of them has, historically, been kind of a pain—literally and figuratively.

Well, not anymore. We have a brand new system called Swift Microwave Therapy that is, by far and without question, the top option for your warts.

But let’s not get ahead of ourselves. 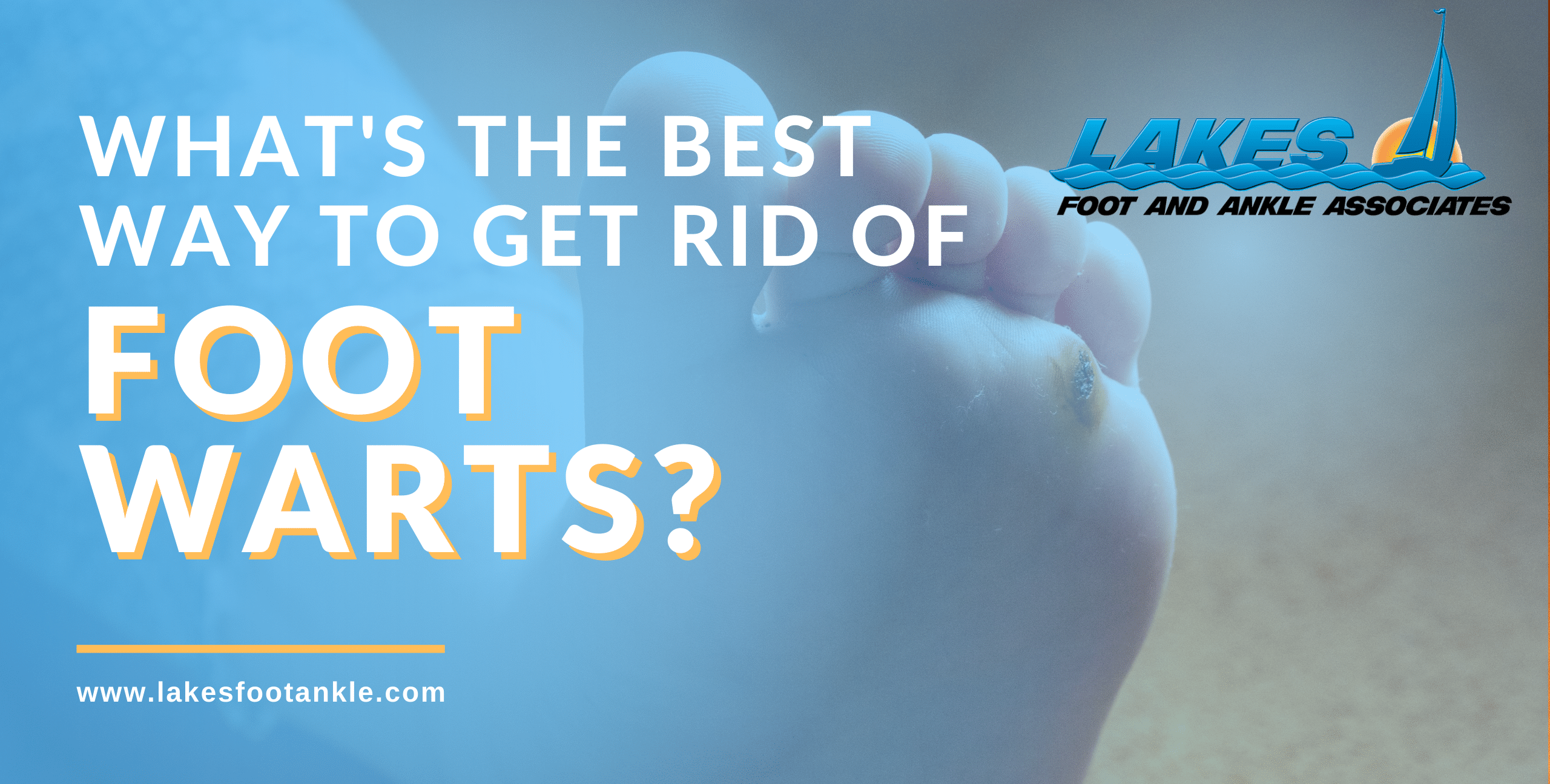 What Are My Treatment Options?

Let’s break down some of the contenders by category, from (in our opinion) worst choice to best choice.

As a wise man named Geddy Lee once said, “If you choose not to decide, you still have made a choice.”

Actually, for as much of a “non-treatment” that this is, it actually can work as some warts will go away on their own if you give them enough time.

However, this is not an option we think you should seriously consider, for a few very good reasons: 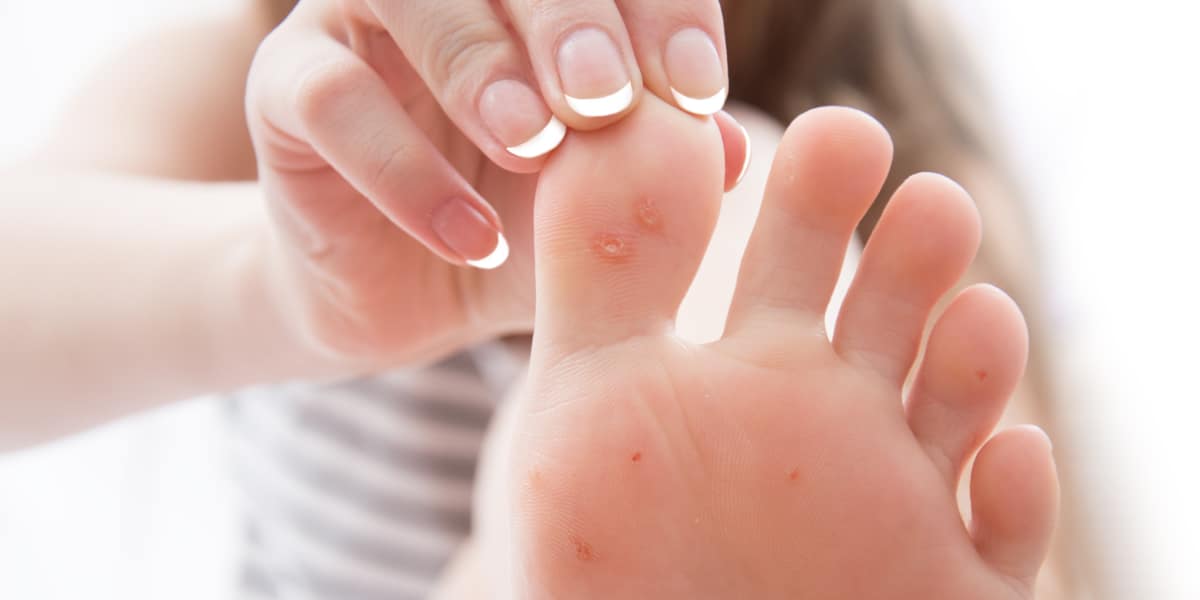 Option #2 – Try to Treat Your Warts at Home

Honestly, this route is barely better than doing nothing—and in some cases might actually be worse.

There’s no solid evidence that DIY home remedies like duct tape, soaking in vinegar, orange peels, or any of the literally dozens of weird and unusual techniques you can find online actually work—although most of them are harmless, at least.

You could also try a wart removal product from a pharmacy, which certainly does seem a little more above-board than “rub an orange on it.” But cure rates really aren’t particularly good for these products either and, because they tend to use stronger chemicals, there’s a risk you might actually cause damage to your healthy skin if you apply it incorrectly. And, this tends to be a huge waste of money.

Option #3 – “Destructive” Therapies from a Professional

Usually that means applying some kind of topical (salicylic acid, liquid nitrogen, etc.) that’s designed to burn, peel, or freeze the wart off. If that doesn’t work, there is laser treatment or they could take the extreme option of just cutting the whole wart out surgically.

These options definitely have a much higher rate of success than “wishful thinking,” which is generally what home remedies amount to. They are also a pain, literally and figuratively. The treatment itself hurts, the aftercare can hurt, healthy tissue is often damaged in addition to the wart, and you may need to go through several rounds of this process before the warts are gone.

It’s no surprise that, despite these being mainstays of professional treatment, we were still desperate to find a better option for our patients. Speaking of…

Let’s reconsider the “do nothing” approach for just a second. Why is it that warts take so long to disappear on their own, if they ever do?

The answer is that the HPV virus that causes the wart resides exclusively in the upper layers of skin, which your immune system doesn’t really patrol with much vigilance. So, left to its own devices, it can take a very long time for your body to identify and expel the invaders.

What Swift therapy does, essentially, is get the attention of your immune system and direct it exactly where it needs to go. The device heats up water molecules in those upper layers of skin, which causes internal friction and basically sets off an “alarm” that your body naturally responds to.

Typical treatment is 5 pulses that last for only 2 seconds each (per lesion), and you might feel some very mild discomfort often described as a “fast, hot” sensation. But after that, any discomfort will quickly subside.

As with more destructive treatments, Swift may require several sessions to fully eradicate the wart(s). Typically 3-4 appointments is about average for an adult (2-3 for a child) which is about the same as it would be for peeling medications, laser, or cryotherapy. But the advantages are numerous and significant:

Oh, and perhaps most importantly: because Swift therapy actually cures the HPV infection rather than just destroying the most obvious outward symptom, you’re much more likely to be rid of your warts for good after treatment is complete.

You can learn more about Swift therapy and how it works by checking out our service page. Also, we can treat warts on other areas of the body such as the hands, arms and legs.

You Deserve the Best

Although warts might seem like a minor inconvenience to some, they’re also not a problem that you really want to be dealing with for months or years at a time—especially if you find them painful or embarrassing.

You deserve your healthy feet and skin back, and you deserve a treatment that won’t have you hobbling, grumbling, and miserable.

That’s why we’re so excited to have Swift Microwave Therapy as one of our many advanced, effective, and convenient treatment options at Lakes Foot & Ankle. To schedule an appointment, give us a call today at (248) 360-3888.

*NOTE:  Appointment request times are not guaranteed, nor do they constitute a scheduled appointment. Once you submit your request, a member of our staff will contact you as soon as possible to confirm your appointment time. For your safety and privacy, please do not submit any Protected Health Information (PHI) through the contact form found on this page.